Plant a tree in memory of Carlton
An environmentally-friendly option 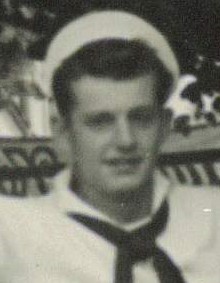 He was preceded in death by his parents; and a beloved son, Jeffrey Routzahn.

Carlton went to Republic High School and served in the United States Navy from 1951-1955 during the Korean Conflict.  He worked at the American Standard for 18 years and retired from Kelsey Hayes, Fremont, in 1996.  Carlton spent most of his time after retirement tinkering with old antique clocks and assembling model cars.  He also enjoyed going to NASCAR races and out to dinner with his friend, Harry Rhodes.

Carlton was a beloved father to his daughter and a wonderful “Paw Paw” to his granddaughter, Abbey.

Upon his request, there will be no visitation or funeral.

In lieu of flowers, memorial contributions may be made to the Humane Society of Seneca County or to Heartland Hospice.

Plant a tree in memory of Carlton by clicking here.
To send flowers to Carlton's family, please visit our floral store.

Plant a tree in memory of Carlton
An environmentally-friendly option

Plant a tree in memory of Carlton

1 tree planted in memory of Carlton

Cheryl, Greg and Abbey, we are so sorry for your loss, your family is in our thoughts and prayers. Hugs! Jeff and Sandy Lang

Cheryl, Greg, and Abbey,
Genie was one of my favorite people...from childhood until the present...with his big smiles and hugs. I will miss his kindness.

Cheryl, Greg, and Abbey,
Genie was one of a kind! I loved listening to his jokes and funny stories. He always made sure to tell me how glad he was to see me! He made me feel special to him!

Cheryl, Gregg and Abby...so sorry to heard that your dad/grandpa passed away. May your memories help to heal the sorrow that you feel.. God Bless you family. Alice and Duane

A Memorial Tree was planted for Carlton "Gene" Routzahn

Plant a tree in memory of Carlton