Plant a tree in memory of Thomas "Tom" D. Kiesel
An environmentally-friendly option 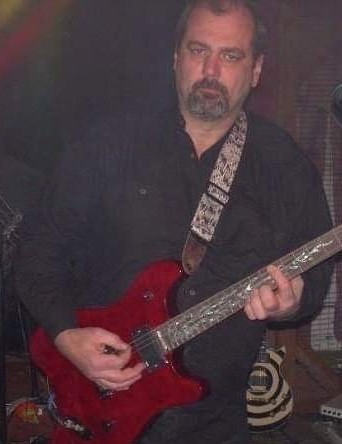 He was born on March 23, 1961 to Thomas Kiesel, Sr. and Marietta Amicarelli who survive in Tiffin.

He was preceded in death by his step father, Carmine Amicarelli.

Tom really enjoyed spending quality time with his family, fishing, camping and being outdoors.  He truly adored the bond he shared with his dogs, Petey and Polly.  From a young age, Tom had a true passion and talent for playing music of all types, primarily Rock and Roll; and his love for playing guitar couldn’t go unnoticed.  He particularly enjoyed the frequent “jam and Karaoke” sessions with a few of his closest friends and his children of whom he taught all his boys how to play guitar and had the girls covering vocals.  He was an avid collector of guitars and was very proud of the many custom designed guitars he created.  He frequently told his children that his guitars were going to be his legacy.  It is no surprise that his children developed that same passion for music that he had.

There will be no services at this time.  A Celebration of Life, gathering in true T-Tommy form, with music, jamming and karaoke will take place at a later date to be determined.

Memorial contributions may be made to the family.

Plant a tree in memory of Thomas "Tom" D. Kiesel
An environmentally-friendly option

Plant a tree in memory of Thomas "Tom" D. Kiesel

Our family grew up with you as my dad and yours were cousin and uncle but more like brothers. I remember those days when you boys were so young.

Your forever in our hearts and in our prayers. May our Lord embrace you and yours as your journey ends and theirs continue.

You left your legacy with us. Hugs cousin,

Tom you will be greatly missed by so many, glad I had the pleasure of being part of the family for 10 years.. your all close to my heart always!!! Fly high beautiful angel...

So sorry to learn of Tom's passing. My sincere condolences to all who loved and knew him.

To the outside world we all grow old. But not to brothers and sisters. We know each other as we always were. We know each other’s hearts. We share private family jokes. We remember family feuds and secrets, family griefs and joys. We live outside the touch of time” – Clara Ortega

We want to express our Sincere condolences to the Kiese family. Losing a love one is never easy , may God comfort you all during this difficult time.!

Plant a tree in memory of Thomas "Tom" D. Kiesel